Here at ATS we try to tackle the overwhelming nature of college applications. In order to do so effectively, we capture the way admissions works from every angle we can. So we have advisers from all sides of the spectrum. Here are some of ours, and a little background to why they provide us with priceless insights. Angela Cleveland, M.S.Ed., M.Ed., MA has 15 years of experience as a professional school counselor and is a Google Certified Educator. She is an Executive Board Member and Webmaster for the New Jersey School Counselor Association (NJSCA). Ms. Cleveland advocates for equity and access to STEM opportunities. She serves on the SciGirls Strategies Board and consults for the Counselors for Computing division of NCWIT. Ms. Cleveland co-founded ReigningIt, a non-profit dedicated to creating a STEM dialogue inclusive of every woman. She is a technology contributor to national publications, such as Edutopia, she presents on a national level about computer science and the school counseling profession, and she is an adjunct professor at Caldwell University. Ms. Cleveland’s advocacy has earned her recognition, most recently the “2017 NJ State School Counselor of the Year” award. In her free time, Ms. Cleveland enjoys writing and is the author of several therapeutic children’s books. Learn more about her: www.angelacleveland.com. Scott Parsell was born and raised in Akron, Ohio, where he graduated from Walsh Jesuit High School. He completed his undergraduate work at MIT and obtained his Ph. D. in Mathematics at the University of Michigan. He spent two years as a visiting assistant professor at Texas A&M University and three years as a National Science Foundation Postdoctoral Fellow at Penn State University. After teaching at Butler University for five years, he joined West Chester University, where he is currently Professor of Mathematics. Anjel Gutierrez has been working in education for the past decade. Throughout the years he has held various leadership positions and has experienced success on all levels. Currently, Anjel is a high school counselor who specializes in higher education admissions and NCAA initial-eligibility. Anjel has helped students be accepted to top tier universities such as the Ivy League, Stanford, Georgetown and Northwestern. In addition, Anjel has also helped many student-athletes reach their goal of competing at the next level. Through his tremendous work in athletics, Anjel was elected to be a member of the NCAA Eligibility Center's High School Advisory Group. Anjel graduated with a B.A. in Modern American History from Brown University. He was also an All-Ivy football player and defensive captain his senior season. Matt Keiser is the Founder and CEO of LiveIntent. He launched LiveIntent in 2009 in order to solve problems that have been plaguing the email industry for years, namely: How do you make email as innovative as its contemporaries in digital marketing, all without having a cookie to target? Fast forward to today, and LiveIntent sits at the forefront of People-Based Marketing, facilitating cross-device marketing and offline attribution, the holy grails of modern marketing technologies.
Prior to LiveIntent, Matt co-founded and served as the President of Datran Media (now PulsePoint), where he architected the underlying technology for their suite of performance-marketing and audience measurement solutions. Matt is a founding partner and co-chair of the investment committee of Grape Arbor VC, one of NY's most active teams of angel investors. He is also the co-founder of Perky Jerky and is on the advisory council for the Rosenbach Museum of Philadelphia. Dylan Feldstein is a 17 year old and motivated student. . His sociable and skillful assets have led him to achieve many accomplishments at such a young age. Now, going into his junior year at Marlboro High School, Dylan is up for any challenge that he may encounter. Dylan plays high school football, where he has learned teamwork, discipline, perseverance and goal setting. All of these helping to mold him into the young man he is today. Dylan is proficient at social media and website building. Dylan is bringing all of these skills to Accepted To School, as a student advisor. Nicholas Reagan is a Senior at South Amboy High School. Nick is ranked in the top ten percent of his class and is Treasurer of the Executive student council board. Nick is also the Vice President of the National Honor Society. Nick is a three sport athlete, playing soccer, basketball, and baseball. Nick has been the Varsity captain of his basketball team for two years. He is also a volunteer baseball coach and umpire at the local little league. On top of this, he volunteers his time on the local Juvenile Conference Committee. In addition Nick manages the local Pool and Tennis Club, while also teaching swim lessons several times a week. Nick is also an entrepreneur, managing his DJ business throughout the year. He has volunteered his DJ services to community fundraisers, including Sandy relief projects as well as school and community projects.

How it works?
Who we are
Our mission
Are you a High School student?
Are you an institution?

Keep up on the latest news from ATS. Enter your email and subscribe. 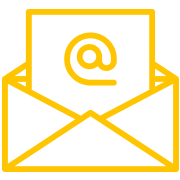 *We respect your privacy and take protecting it seriously

× To register for Cisco Networking Academy you must log in with your
Accepted to School account first. 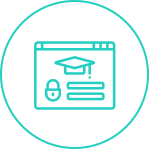 2. Search for the
Cisco course you
are interested in. 3. Register for the
course and obtain
your certificate.